A further selection of the Scallop at Aldeburgh 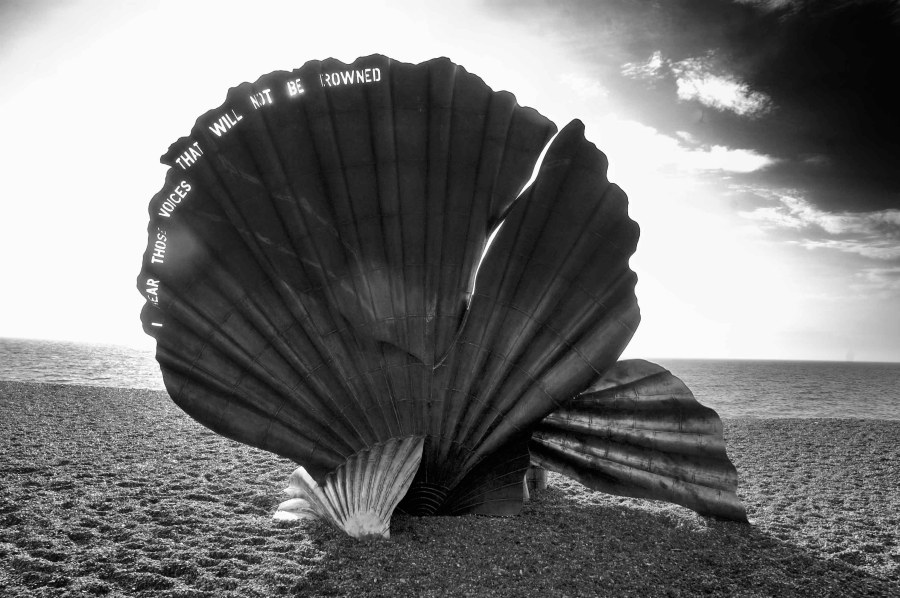 and finally to give some scale….my boys “respecting” the artwork!

On Aldeburgh’s beach, a short distance north of the town centre, stands a sculpture, The Scallop, dedicated to Benjamin Britten, who used to walk along the beach in the afternoons. Created from stainless steel by Suffolk-based artist Maggi Hambling, it stands four metres high, and was unveiled in November 2003. The piece is made up of two interlocking scallop shells, each broken, the upright shell being pierced with the words: “I hear those voices that will not be drowned”, which are taken from Britten’s opera Peter Grimes. The sculpture is meant to be enjoyed both visually and tactilely, and people are encouraged to sit on it and watch the sea. Approached along the road from the Thorpeness direction it has a totally different silhouette appearing to be a knight on a rearing charger.

The sculpture is controversial in the local area. Many people consider that it is inappropriate for a man-made object to spoil a beautiful natural setting. It has been attacked with graffiti and paint on a number of occasions, and there have been petitions to have it removed. (wikipedia) 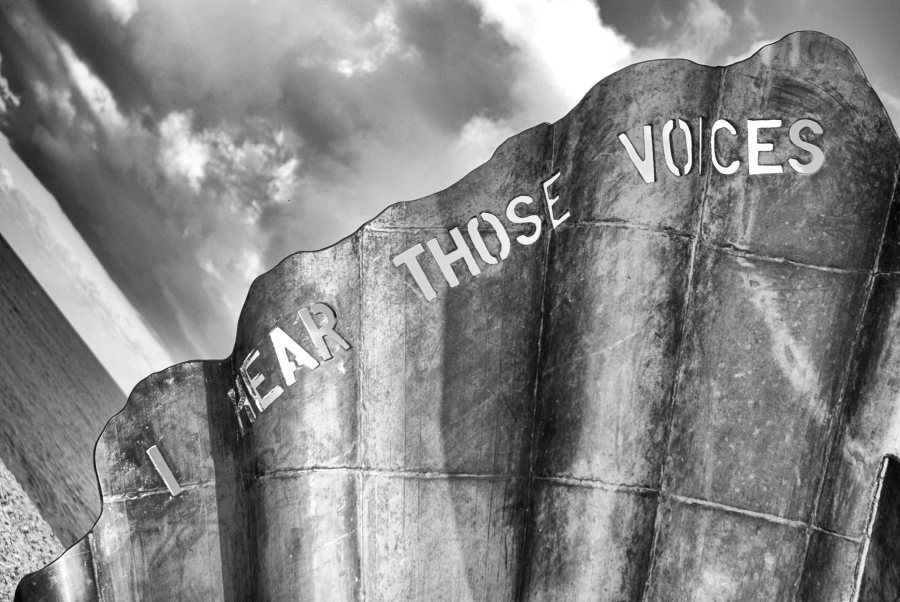